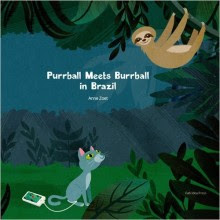 Purrball Meets Burrball In Brazil by Anne Zoet
My rating: 5 of 5 stars

Review of PURRBALL MEETS BURBALL IN BRAZIL by Anne Zoet

A truly delightful children's text-and-picture book, this is the story of a little boy's cat, Purrball, who travels to Brazil with his family for a year. Somehow at the airport during a tremor, Purrball, attached to Mom's phone, escapes into the jungle. There he serendipitously meets a sloth, whom he names Burrball. Together they adventure and eventually reunite with the family.
The illustrations are wonderful and the text is almost rhyming. This is a really enjoyable story, suitable for young readers and for the younger "read to me" stage. I hope it is the start of a series. 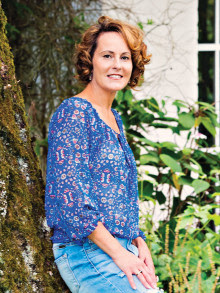 Posted by Mallory Heart Reviews at 12:00 AM