THREAD AND GONE by Lea Wait_Tour 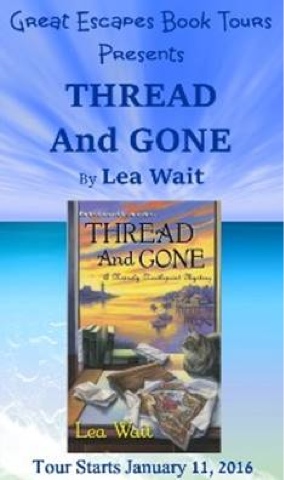 Thread and Gone by Lea Wait 3rd in Series 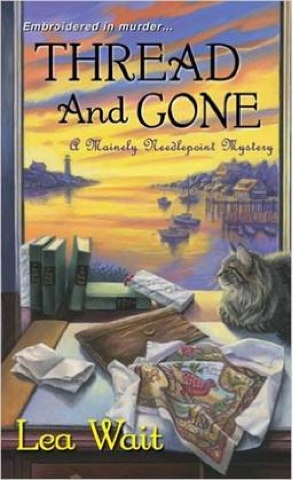 When a priceless antique is stolen, murder unravels the peaceful seaside town of Haven Harbor, Maine. . .

Angie Curtis and her fellow Mainely Needlepointers know how to enjoy their holidays. But nothing grabs their attention like tying up loose threads. So when Mary Clough drops in on the group's Fourth of July supper with a question about an antique needlepoint she's discovered in her family attic, Angie and her ravelers are happy to look into the matter.

Angie's best guess is that the mystery piece may have been stitched by Mary, Queen of Scots, famous not just for losing her head, but also for her needlepointing. If Angie's right, the piece would be extremely valuable. For safekeeping, Angie turns the piece over to her family lawyer, who places it in a safe in her office. But when the lawyer is found dead with the safe open and ransacked, the real mystery begins. . . 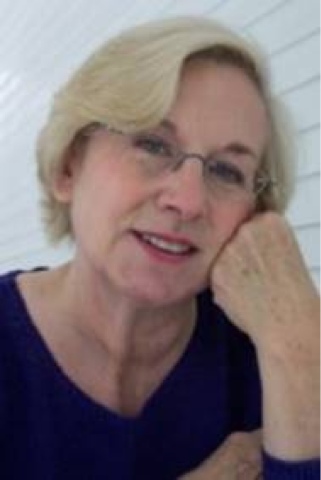 Lea Wait lives on the coast of Maine. A fourth generation antique dealer, and author of the Agatha-nominated Shadows Antique Print mystery series, she loves all things antiques and Maine, and she’s learning to do needlepoint. She also writes historical novels for young people set in (where else?) nineteenth-century Maine. Lea adopted her four daughters when she was single; she’s now the grandmother of eight, and married to artist Bob Thomas.

The Mainely Needlepoint-ers are on their third adventure in the popular summer destination of Haven Harbor, Maine, a port community with its own lighthouse, near Three Sisters Islands. This eclectic group of dedicated enthusiasts commit to researching a potentially priceless embroidered "Byrd of America" (sic) which quite possibly may be a work of love by that 16th century controversial historical personage, Mary Queen of Scots (temporarily Queen of France). Provenance seems a moot question when the attorney keeping the needlepoint and it's accompanying missive in French in her safe is found murdered, and the trusted items disappear.

I enjoy a crafting cozy such as THREAD AND GONE, with its emphasis on craft and talent, and historical research into crafters of past time. Then, too, it's intriguing to watch characters play out their motivations, and compare them to real-life individuals we know. THREAD AND GONE is heartwarming and encouraging. I intend to read the series, too.
Posted by Mallory Heart Reviews at 3:13 PM